Since Windows 10, and unlike previous versions, you have no direct option anymore to completely disable Windows Defender. While in theory the idea sounds good (9 out of 10 PC users are novices, and may not be fully aware of the intricacies regarding viruses and whatnot), it can cause issues with using pirated games & software.

I myself still use avast antivirus on Windows 10; if Windows Defender detects a secondary security program it will normally disable itself, as long as that secondary program is active.

Sometimes though you may want to turn off just Windows Defender; a possible solution for that can be found here.

I.) If you are using Windows 10 Enterprise


I myself use the "Enterprise" edition of Windows 10. On the desktop in Win 10, right-click in the lower left corner on the Windows-logo and choose "run".

In the small window that pops up type gpedit.msc and hit enter. 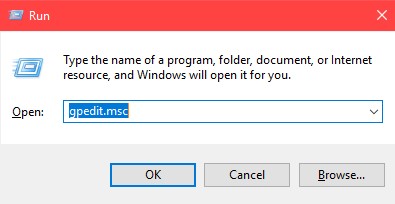 Another more elaborate window will come up. Click on Computer configuration and try following the path Administrative templates -> Windows Components -> Windows Defender. You should see this here. 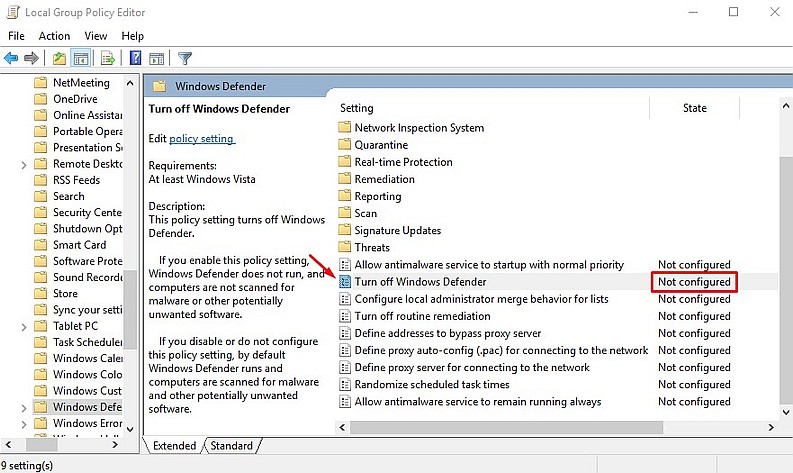 Look for "turn off Windows Defender" (scroll down a bit) and double-click somewhere on where it says "not configured". The next windows should look like this. 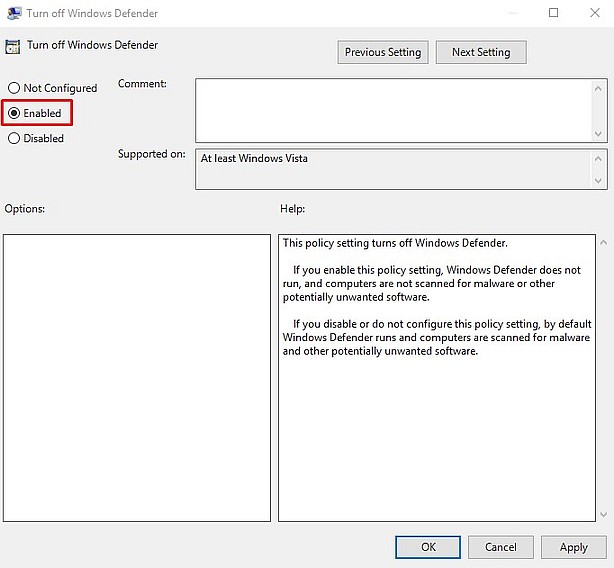 Choose "enabled" in the top left, then Apply -> OK. Close all windows and then re-boot the computer. After that, when going under Windows Defender, you should see something like this here. 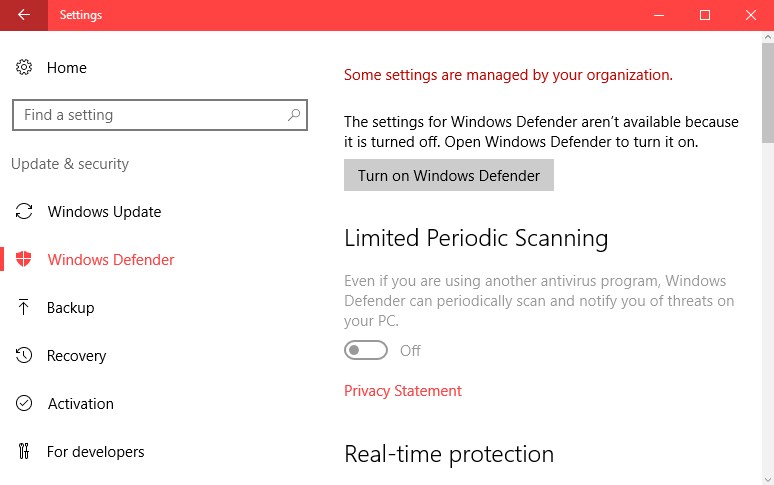 "Some settings are managed by your organization". So there you go, but this is not quite the end of the story yet.

II.) If you are using another version of Windows 10


The Group Policy Editor (to my knowledge) is not available in non-Enterprise versions of Windows 10. And if that applies to you, the procedure above under #1 won't "show up". There is another way though, by means of changing the registry.

Right-click on the Windows logo on the desktop and choose "Run". Type regedit and hit enter. Now navigate the path HKEY_LOCAL_MACHINE -> SOFTWARE\Policies\Microsoft\Windows Defender. 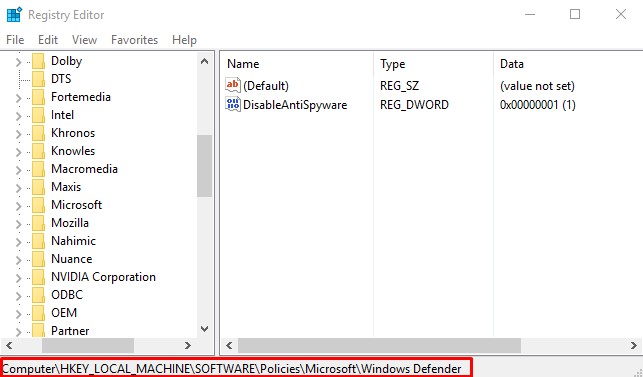 There is an entry named DisableAntiSpyware. The value under that tab Data shows "1", which means "yes/confirmed" (I turned off Windows Defender with method 1 above already, that's why). For most of you though, the value will be "0". So double-click on the entry DisableAntiSpyware and edit the value from 0 to 1. 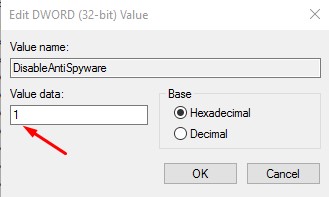 The click on "OK", close the registry editor and re-boot the computer.

If for some unknown reason you do not see an entry named DisableAntiSpyware, right-click somewhere on the empty space in the registry path shown above and choose New -> DWORD (32-bit value). Name the key DisableAntiSpyware - and off you go.

A word of warning at the end: according to rumours, not even these particular methods are a 100% guarantee to stop interferences from Windows Defender. At which point it could be an alternative idea, as mentioned at the beginning, to look for a decent anti-virus program (that accepts user input about exclusions), and have that one running. Some people also chose to downgrade to either Windows 8 or Windows 7. The general saying goes that old operating system often contain vulnerabilities and security loopholes, therefore it's not recommended to use those. I am of the opinion that if you are using the computer only for playing games and enjoying multimedia, it will be somewhat less of a problem than say, if you use the computer for more professional and sensitive tasks like e-banking. Of course, risks will always be there, so you should make these decisions carefully.

Can't we also avoid windows defender by just turning off our internet connection while playing? I realize this would be for users not playing with zlorigin.

sweeteizus wrote:Can't we also avoid windows defender by just turning off our internet connection while playing? I realize this would be for users not playing with zlorigin.

The program will still check your stuff on the harddrive(s), even with no internet connection active.

Thanks for the help Ghostm4n almost of the options to do these things have been removed but I did do the last section and add it manualy, so hope that works.
I do have myown anti-virus im using Malwarbytes (full) which lets me select my own exclusions. I had added the exclusions to both Malwarebytes and to windows defender.
Seems like MS/Windows dontwant us to have free choice, who would have thunk it

lief wrote:Thanks for the help Ghostm4n almost of the options to do these things have been removed but I did do the last section and add it manualy,

Note that method #1 only works on "Windows 10 Enterprise Edition" (look on The PirateBay if you are interested).